I enjoy books about space and astronomy. I never tire of peering into the heavens and pondering about the magnificence of space. An interesting book about NASA’s efforts is Carl Sagan’s ‘Pale Blue Dot’. I particularly enjoyed the transcript of a discussion that took place about the first mission to land on the moon. It makes for fascinating reading. The book shows an excerpt from a transcript of a discussion that took place in 1958 during a meeting between Democrat Daniel Flood of the Defense Appropriations Sub-committee of the House of Representatives, and Air Force Assistant Secretary Richard Horner. What fascinates me is the liberal approach to funding. It must have been a thrill to have someone say go pioneer and you can have as much money as you want. Here is what was said:

HORNER: Why is it desirable from a military point of view to have a man on the moon? Partly, from the classic point of view, because it is there. Partly because we might be afraid that the USSR might get one there first and realise advantage which we had not anticipated existed there…

FLOOD: If we gave you all the money you said was necessary, regardless of how much it was, can you in the Air Force hit the moon with something, anything, before Christmas?

HORNER: I feel sure we can. There is always a certain amount of risk in this kind of undertaking, but we feel that we can do that; yes sir.

FLOOD: Have you asked anybody in the Air Force or the Department of Defense to give you enough money, hardware, and people, starting at midnight tonight, to chip a piece out of that ball of green cheese for a Christmas present to Uncle Sam? Have you asked for that?

HORNER: We have submitted such a program to the Office of the Secretary of Defense. It is currently under consideration.

FLOOD: I am for giving it to them as of this minute, Mr Chairman, with our supplemental, without waiting for somebody downtown to make up his mind to ask for it. If this man means what he says and he knows what he is talking about, and I think he does, then this committee should not wait five minutes more today. We should give him all the money and all the hardware and all the people he wants, regardless of what anybody else says or wants, and tell him to go up on top of some hill and do it without question. 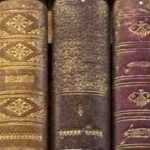 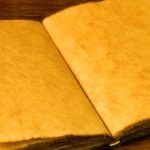