A scientist has admitted that he is concerned about the damage that mobile phones are causing in relation to brain damage.

Host: Now there is a new report to suggest that mobile phones can cause headaches?

Jonar Nader: Yes, you know, notice the operative word, the ‘a former chief’ not the ‘current chief’ I think he got sacked the moment he said it, he was a medical officer for a telco and a medical consultant, his field is electro-magnetic fields, and he is saying, that mobile handsets do emit very low levels of radiation, that at first were thought to be safe, but on some people there is a biological effect that it may break that thresh-hold and may cause people to have headaches which may later cause other problems in the brain. Now tho, what he is saying is he needs more research. So on one hand I believe him and on the other I am unhappy because I am sure he is going to go to the government and say give me some money so I can be employed and I can research. And I can tell you that I hate these researchers who just take money.

Host: So we don’t know over how longer period at the moment?

Jonar Nader: No, we will need to research it. But he is saying, from his experience, that the electro magnetic waves do interfere. I mean we see it that basically we will have static electricity when you comb your hair and you put a comb near your hair again you see your hair move. Well there is something happening in mid air and why isn’t it happening right through your skin, and right through your brain? And that is quite possible.

Host: And this is even with the aerial up?

Jonar Nader: You still have this thing about the aerial. What, do you think that somehow this 10cms is going to deflect like superwoman?

Host: I have no idea. That’s what I was told. And do you think that now the phone companies are going to have shares in headache tablet companies as well and everyone is sort of going to be in on it?

Jonar Nader: Well isn’t that a good idea. See you’re starting to think like me. 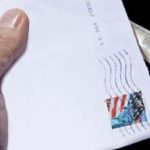 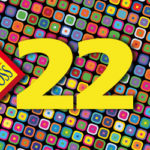