The Commonwealth Bank suffered a major problem where every single computer at the bank was off line. Customers were furious and staff were frustrated as fifty experts tried to get the system up.

Jonar Nader: Now remember last week you were telling me about the Japanese chap who found the hacker?

Jonar Nader: And the hacker went to jail.

Jonar Nader: Well, by law, people in jail are allowed phone calls. However, the judge had to make a special ruling in this instance and they had to limit the length of calls allowed to this hacker, because they feared that he would go in through the phone and destroy data and evidence. Now that is interesting isn’t it?

Host: Wow, now that was Sutomo somebody or other and he was chasing down this other chap. Quite a mean looking face in the papers.

Jonar Nader: Well wouldn’t you be if you had been arrested?

Host: Well he was quite renowned for it wasn’t he?

Jonar Nader: Well, they don’t believe it was a bug. The Commonwealth Bank suffered a major problem on Friday the 3rd. I think it will be always known as 3 5:15 because it occurred on Friday the 3rd at 5:15 and the operators saw that every single computer at the Commonwealth Bank was offline, the main connection switch was off, as so within a matter of minutes, you had hundreds of phone calls flying around the country and 50 people joined together to bring the system up again.

Host: What does that involve?

Jonar Nader: Well they had to have teams of people working together, so you had to have different scenarios, 10 people in one corner assuming it is a hard disk error, and other people assuming it is telephone lines and another group thinking that perhaps it is the computer itself, the IBM mainframe, and can you imagine the frustration, the excitiement, the tension and the energy inside the computer room in Sydney as they tried to get that system up.

Host: Jonar, in that situation, do you know that at that point it is not a virus, or do you just don’t know what it is, only that something is wrong?

Jonar Nader: Well, you haven’t got time to think, all you know is you have thousands of customers around Australia, 1600 sites, 32 000 computers and terminals and PCs offline, you don’t have time to find out why, all you have to do is worry about how to get it back online. But even today, they have ruled out the virus. Mr. Peter Andrews, the General Manager of information systems is confident that it is not a virus, but you just never know how a hiccup occurs. And I think by this time next week we will know exactly what the problem was, although they suspect it was to do with the hard disk mirroring.

Jonar Nader: Well that is true, ATM’s were down aswell. All electronic systems were down. It hadn’t really happened before on such a mass scale so it is a real lesson for everyone involved. 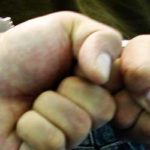 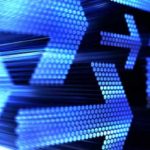