What was Malaysia’s dream in relation to Cyber Jaya? Did the investments pay off after an economic downturn? Jonar Nader returns from a week-long tour of Malaysia’s technology aspirations.

Host: Jonar you have just come back from a week long tour of Malaysia’s technology offerings. What did you notice about Malaysia? What were you doing there?

Jonar Nader: Just a business trip. The beginning of the year chin wag. What the tax department like to call a junk it, no not really, it was lots of hard work and I have only just recovered, and apart from the heat, gosh it was hot, and I tell you the conference rooms were so cold that people were literally shivering and so you go in and out of this fridge and then out into the heat. Flying in to Malaysia, I noticed the wonderful architecture there it was the most wonderful place to see all these buildings. Some of the nicest buildings in the world there, I think Singapore has some nice buildings there too.

Host: Malaysia has got the worlds tallest building doesn’t it?

Jonar Nader: Yes, it is called the Kuala Lumpa City Centre, KLCC. They are a twin tower, 80 stories, and I bumped into them on accident, I was walking past and I thought wow, it looks like a chandelier by night, it is like the worlds biggest chandelier. It is on a 100 acre site, it is a convention hall, a concert hall, there are hotels etc.

Jonar Nader: Of course. And it has these double decker lifts to accommodate people, it has about 29 lifts, and it says on the brochure ‘this lift can take you from the bottom to the top floor in super fast two and a half minutes.’ But imagine if you had to do a full stop run. It would take another ten minutes.

Host: I hate that. Did you notice anything in terms of the Malaysian economy, now that we hear that the Asian economy is not healthy?

Jonar Nader: Well, as you know, in times like this there are wonderful opportunities. The poor people who are suffering do suffer a lot. I heard one business man say to another “hey, listen, you owe me $200 000” and the other said “look, I just can’t pay you. So come into my office and take whatever you like and whatever is left over we will do a contra.” Because that is just the sad way it is. But if you are into property and you want to buy things, now is the time to buy it, because you have hundreds of developments that have become dormant because they have gone broke. It is a sad affair, but that is where the bargain hunters go and get the best buys.

Host: Last year Malaysia announced the multimedia super corridor. What was that about?

Jonar Nader: Well, Malaysia was trying to say, “how can we differentiate ourselves in the region, what can we do to become known for as far as this new technology is concerned” and the multimedia corridor was how do we develop a knowledge society, how do we develop an infrastructure, that can allow large corporations to develop products and software, multimedia etc? Well the government said, “let’s develop tax barriers and tax breaks and let’s alter the law, let’s make a commitment that we will not have censorship on the internet there, otherwise we will drive multinationals away, let’s offer certain protection on copyright, and let’s offer new laws on intellectual property and let’s go into partnership with some companies where we pay 51% of the development costs, so long as they give us back some of the royalties from export, and there are zero tariffs on exports and so on.”

Host: Are there any signs of it actually working?

Jonar Nader: Well, last year was it’s first year, it was still in the selling phase, they were just selling the concept and about 100 companies bought in on the idea and they are developing and some very major companies are on the advisory panel, I think Nec, Fujitsu, Motorola, Acer and others. This year is now the first year where they want to see the action, and the infrastructure is mostly developed, and would you believe the place that the urban development is actually taking place is a place like the silicone valley which is called Cyber Jaya. Unbelievable isn’t it?

Host: I don’t see Malaysia as being a place to have this super corridor, do people gravitate to being in Malaysia. I guess being a multimedia, it doesn’t really matter where the corridor is?

Jonar Nader: Well, India is very well known for software development, and Microsoft has just signed a deal where India is the first ever development site outside North American, and a few other countries around the area have been attracting. Because, for example, in India, if you want a PhD in computer science you can obtain or hire one at a third of the price of what you would have to pay for that same intellectual capacity in North America so if PhD’s in America are asking for $100 000, you can get one for $30 000 a year in India. So therefore, labour is cheaper and there are more people. For Malaysia’s super corridor to work, they need 30 000 knowledge workers, and these knowledge workers have to be versed in multimedia and what is called programming and programming languages. So it ought to be really a long term thing. And the fact that they are putting pressure on this and are expecting year two to be developing results, is really tough, because in two years to develop a full infrastructure is very hard. Why would you pick Malaysia? Well, only again, it is not quite the centre but it is quite near to everywhere else the government is less rigid then most countries over there, the people speak mostly English over there.

Host: What is this smart school’s program? Has that got anything to do with it?

Jonar Nader: Well, they are saying if we want 30 000 knowledge workers where do we start? Well they are saying let’s start with the schools, and there is a tender out at the moment, where the government is saying let’s pilot 91 high schools and let’s see if the young people are connected firstly to the web, that they have computer and internet access and teachers know how to teach the subject. And they are going through what we are going through here in Australia, how and when do you start teaching this? But of course I am of the opinion that you don’t just go out and start teaching computing, you have to get computer people interested in it. I mean we teach mathematics every day of the year, and we don’t end up with mathematics professors running the loot it is not so simple, but at least they are trying and have a vision. 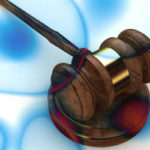 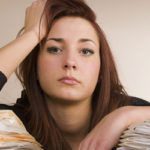