We have witnessed the impact of law on technology, but now we need to consider the impact of technology on law, as Jonar Nader explains in this report filed after an international conference on the topic.

Jonar Nader: The lawyers themselves have kept us on the run for a long time. And they have got a reputation over the years of charging us for what? At the end of the day it is just information. We have often discussed the topic of the impact of law on technology and on society and now in some ways, we as technologists are saying it is now about time we discuss the impact of technology on law because the show is on the other foot. How it affects their business for example we had a speaker here today, Professor Richard Suffcons who came via satellite from I think from the UK and he was scaring them to death, he said ” you people might very well be disintermediated because what value do you add when you do what you do?”

Jonar Nader: Disintermediated is the intermediary or the middle person or agent who in this case is a lawyer. A travel agent is a middle person; they sell you a ticket from an airline. What does a lawyer do? They give you information that they decipher from the torts or the statutes and so he is saying, if all you sell is information, why can’t we go elsewhere for it? What makes you think I have to go to you? I could go to the internet, to other countries, to people who aren’t even lawyers just people who know how to decipher the law, and that was scaring them somewhat and Sir Ivan Richardson, who is the president of the Australian Court of Appeal was here this morning addressing everyone and he said that the costs and accessibility are far too high and is calling for a review on that. Certain prominent speakers are certainly shaking the attendees in their boots.

Host: Are the lawyers themselves open minded enough to take advice from technology people?

Jonar Nader: I think that in the past they haven’t been and now I think that everything is coming through fear, because remember fear has been a fantastic seller in our history, and so they have the fear put into them and are now listening and asking questions all be it they don’t like the tablet that they have to swallow for example there was the communications minister speaking about frogs being produced in labs without heads and how the papers have already put down to produce humans without heads and what ethical questions that will raise if you can have a factory with bodies, non deplumes who can donate their kidneys, etc. And when you talk about what technology can do, the speed transaction, the globalisation, the cross boarder trading, theft and crime then if you are not up on this, how can you practice law if you do not know what it going to happen and the minister of communication said “you may think that things may have been going quickly for us, you may think that technology has been travelling quickly, but I will show you the graph. In my opinion, it is going to shoot up just like a vertical and your children will be in a whole new world.”

Host: So a bit of a wake up call for the lawyers. 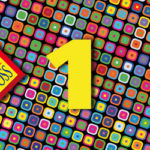 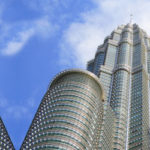