Another month later, I logged into my on-line account and sent several secure emails, and was assured that it would be fixed. Nothing was fixed, and I never received the statements.

Before going to South Africa, I called the bank to make sure that the system does not presume that I owe any money. Long story. Still no statement.

I sent another email, and someone said that I should log-in and check my address on-line. I did this and made the corrections, and still, no statement.

Before travelling to China and India, I made random large-sum deposits into my account so that the computer does not flag me to be a recalcitrant client. I dreaded being cut-off while overseas.

The proof of corruption came a few days ago when a ‘Robert’ called me to say that I was $24 in arrears, and when would I be paying it? So I spent 30 minutes with him, asking him to escalate this matter. Thirty minutes down the drain. I had concluded the call by telling him that for six months, I had not seen a statement, and that I would not be making any payment until this matter is fixed. I knew that if I had paid, he would have moved-on to the next call without attending to my request.

That was on a Wednesday. Thirty minutes of futile explanation, because two days later, a Kamila (or some such sounding name) called me to say that I was $24 in arrears, and when would I be paying it? On the Wednesday I explained it all to Robert, and put it in writing via the secure on-line mail. Two days later, back to square one.

This is corruption. The system is corrupted. The bank’s staff tell me that the phone call is being recorded for some futile purpose. I am so glad that it is recorded, because management can hear my conversation with Robert and Kamila and wonder what the jolly buggery bullocks is going on. Why and how can a Robert call me and waste my time on a Wednesday, and then erase his existence so as to wash his hands of any hard work. This is corruption. The system is allowing staff to disown problems. Sure, he is JUST a call-centre guy. But I said to him, ‘Robert, you are ANZ. You have power. You need to take this matter to someone and insist that it be rectified, because after six months, it has been ignored, despite the promises.’ He did no such thing. I know this, because Kamila called me with no previous knowledge of the six-month struggle. No idea of what had transpired. Kamila had no idea that I had received a call from her colleague Robert, only two days prior.

The ANZ Bank’s website lists its ‘Code of Conduct and Ethics’. The Code stipulates, ‘No matter what your role is, or which location you work in, you are expected to: a) demonstrate the behaviours of honesty, integrity, quality and trust at all times; b) set an example for others and recognise those around you who also demonstrate these behaviours; and c) speak out when you feel that these behaviours are threatened or compromised.’

In my books, it was dishonest of Robert and every other staff member who handled my case and ignored it or did not follow it up. I asked Kamila to escalate the matter, and said, ‘I know that this call is being recorded, so I shall tell you on the record for your managers to hear that this matter has gone on for six months, so the time has come for me to blog this on my site.’ And I gave her the URL. I now wonder if she did escalate it. I doubt it, because no-one has called me.

Dear reader, this is not a complaint. This is an example of how corporations and nations fall to bits. There is a leak in the ANZ boat. Somehow it allows its staff to disown problems. A staff member can just ignore any issue that requires a modicum of hard work.

What am I asking for? Nothing. My statements used to delivered to me. They stopped. I am simply asking that they be sent to my PO Box address like they had always been. How hard is that request? The fact that the system just stopped sending me statements ought to point to some strange loophole. I am alerting the bank to an issue. Instead of getting the matter fixed, it takes six months of nonsense. This points to a rusted interior.

The secure emails are always answered by someone new. Never the same person. No-one takes ownership. This is the hideous system that the bank employs. It does not work. It wastes time, not to mention the aggravation and the interest that they expect me to pay. After a fuss a few months ago, they reversed the interest charge. And now we have another interest charge that Robert said he is not authorised to retract.

Corporations desire productivity. None shall be afforded to any organisation that can allow its staff to distance themselves from real issues. That is not the fault of the staff, but of the management team. Don’t blame Gen Y and Gen Z for this stupidity. The responsibility falls squarely on the managers who allow these loopholes to exist.

Indeed, computers can be blamed for all sorts of things. And maybe this was a software glitch. If that were the case, of the thousands of clients, was I the only one who suffered a software glitch? And despite the reason, why does it take six months of non-action despite the promises and assurances? If that does not concern the managers, then we can wonder how long it will be before the rust eats away at the whole organisation. ANZ Bank says, ‘We are committed to providing you with banking that is simple to understand and delivered in a responsible manner by our people, in accordance with the highest standards of integrity.’ Who is the ‘we’ in ‘we are committed’?

I can already hear all the excuses under the sun. We need a solution, not an apology. So here is a free solution to ANZ Bank: when any staff member is on the phone to any client, the phone network needs to allow the client to press ‘zero’ to be connected to the supervisor. And if the client is not satisfied with the supervisor, pressing ‘zero’ would escalate the matter to the manager, and so on, until we reach the CEO. Otherwise, please erase the rubbish from the website that says things like, ‘Our brand promise is that “We Live in Your World”, and this means continuing to listen to the needs and expectations of our customers in developing new products and services, and in shaping the future direction of our business.’

I did not ask for the bank to move its buildings six centimetres to the left. I asked that my statements be delivered to me, as they had been for years. No, I never opted for them to arrive electronically, and even if I had, they never did arrive electronically. I do not care what or how. I know this much: six months of assurances, and being contacted twice within two days, proves to me that the system is corrupted because the staff can hit-and-run, leaving my case hanging in mid-air for some other poor staff member to call me afresh… it’s like sending sheep to the wolves. I was calm with Kamila, but I told her that I was microseconds away from detonating. I imagine she terminated the call and felt relived that she did not have to deal with me. ‘I’m signing off now,’ I said. ‘Is there anything else you need to tell me?’ I asked. She had nothing to say. She was too junior.

This blog is being printed and posted to the senior. I wonder if it’s any different at the other end of the seniority scale.

This saga has been going on for six months. I did not keep a record of all the cooks who put their finger in my pudding. However, in just the past 30 days, here are some of the ANZ Bank staff who were on the case, assuring me that it would be fixed:

I imagine the list would go on and on if I had kept a record of the earlier conversations.

Talk about passing the buck! 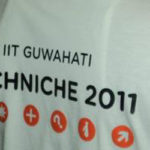 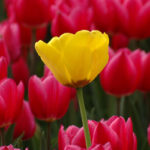