On Friday 7 October 2011 I attended the launch of the website that aims to build stronger communities by challenging extremist ideologies in Australia. The Attorney-General, Mr Robert McClelland, launched the site as part of the Government’s $9.7 million Countering Violent Extremism program.

During question-time, I suggested to the Attorney that extremists are hard to shift. Once they subscribe to an ideology, it’s almost impossible to change their mind. I said that the people who deserve our attention are those who are impressionable, and therefore, we would do well to consider who in our community are influencing the masses. I pointed out that some radio announcers and journalists need educating. We live in a free society, and by no means was I suggesting that we ever tell journalists what to think or believe. However, it seemed to me, from my experience, that many people in influential positions, simply do not understand the issues. I said, ‘If doctors and similar professionals are required to undergo annual training programs, then why not radio jocks? I do not want to tell radio announcers what to say, but I think that they would not say half the things they do, if they really understood the issues.’

If doctors are found guilty of malpractice, they can be suspended or struck off. Yet, radio personalties are part of a product. Their product is radio. Their station is privileged to be granted a radio licence. Why then, when a court finds that the manufacturer of the product (the station and its staff) had breached the law, can no-one suspend the offenders? At best, they pay a small fine. I do not want to hit them over the head. I just need them to learn more about the issues, because they can easily inflame a situation. Radio is a product, much like shampoo is a product. If a company manufactures a shampoo that causes people to suffer rashes, the product is recalled. Why is it that when a radio station sells a product that is harmful to society, no recourse is available? Once again, I am not so keen on the recourse, but more eager to ensure that it is mandatory that those who hold a licence and their staff who deliver a product that could easily ignite racism and conflict, be expected to stay abreast of the issues; just like doctors, pharmacists, accountants, and lawyers must undergo annual professional development.

This matter became clearer to me while I was working with author Ghassan Nakhoul who launched his book ‘Overboard‘ on the tenth anniversary of the sinking of SIEV-X. Ghassan’s book tells the true accounts of boat-people, while pointing out that they are humans who have suffered greatly. Ghassan says that such humans have feelings. They are not statistics.

What struck me was that when I mentioned this book to a broad range of people, they slipped into the discussion about boat-people having no consideration for the due process. Many said that asylum seekers and refugees ought to join the queue, and that Australians do not like queue-jumpers. I was amazed that, even after ten years, the complainants remained naive and unenlightened. 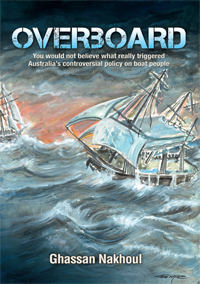 Yet, at the launch of ‘Overboard’, where the keynote speaker was Admiral Chris Barrie AC (the former Chief of the Australian Defence Force who was embroiled in the Children-Overboard Affair) we heard about the real pain and suffering of those who were fleeing war and persecution. At the launch, I told the story relayed to me by a doctor from Iraq who had 12 hours to flee Iraq after Saddam Hussein ordered the doctor to mutilate soldiers who had disappointed the dictator. The doctor arrived in Australia on a boat (as Captain Cook himself did) and was held in detention for five months before any official asked him if he had any papers. Indeed, he had all his papers and all his credentials. If that doctor had not fled, he would have been mutilated and killed. So pray tell, which queue was he expected to join? Now, the doctor works in Sydney and is a world-leading surgeon who is making headlines for his discoveries and innovations. He could not join us at the ‘Overboard’ book launch because he was in the UK, representing Australia while launching the world’s first robotic knee. Yet, while his boat was approaching Australia, the headlines and the radio-jocks would have had us believe that the doctor was a queue-jumper, and possibility a terrorist. Since his release from detention, he has helped countless Australians by giving them knee and hip replacements?

The Attorney’s initiative dovetails with the Government’s efforts to reduce the risk of home-grown terrorism by, ‘strengthening Australia’s resilience to radicalisation and assisting individuals to disengage from violent extremist influences and beliefs.’

No country is immune form the scourge of docile leaders (religious or otherwise). I have a feeling that a good place to start is at schools, by really helping children to embrace their studies and to engage in their communities. Wayward students who are not given hope and support tend to drift. While wandering aimlessly, they soon hanker after a community to which they could belong. Sadly, shows like ‘Underbelly’ and gangster movies tend to spark a passion for belonging to a gang. Young hopeless youth find strength in a sense of belonging. What they can’t attain through good works, they can achieve via bad deeds. Belonging to a gang, gives them everything they need: a sense of belonging; purpose; mission; excitement; and mate-ship (along with an income through ill-gotten gains). Unfortunately, growing-up on the wrong side of the tracks, propels a slippery ride where a brick wall awaits them at the journey’s end. The other sad thing is that the handiwork of these depleted souls affects everyone. We must catch them young, inspire them, and set them on a path that provides a rewarding journey. To do this, we need role models. While to me ‘education’ means home, school, and street, I dare say that it’s a tough call to attend to all three. Indeed, governments can do something about schools. From what I have seen, schools generally do not cater to those on the fringe.

By the way, if you would like to read a chapter I wrote about terrorism in my book, ‘How to Lose Friends and Infuriate People’ (4th edition), you can click here. The chapter is called, ‘Infuriating Terrorists: Why tolerant people must not tolerate intolerant people.’ 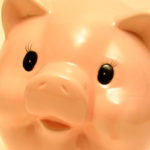 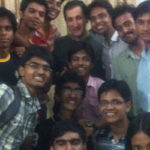 From University to Adversity