In response to my article about teenage drivers killing themselves on the road, it has come to my attention that a company is already ahead of the game. TAG Systems Australia has invested approximately $15 million in the technology. And where is that technology? Going overseas. Why? Australians are NATO. Stan Shih (founder of Acer), an old boss of mine, was a genius. He was a mild-mannered person who neither swore nor embarrassed people. However, he would not stand for any nonsense. If ever anyone told him that something could not be done, he would turn to another and say, ‘You two are now competing with each other.’ For example, at one management meeting I attended in Singapore, I recall Stan feeling frustrated that things were moving slowly. Everyone had good reasons and plenty of legitimate excuses. He wanted our engineers to design a CD-ROM drive. The manager of one factory said that it would take 12 months. Another manager from a second factory said 18 months. There and then, Stan pointed to both managers and said, ‘I want a CR-ROM drive. Both of you can compete with each other to see who gets there first. Whoever makes it first, stays in business. The other factory will be shut down!’ Within three months, he had the product in his hand. It was through such speed that we were able to lead the market, time and again. We could boast many world-firsts, while corporations ten-times our size, lagged behind. Stan’s worst insult towards a manager was ‘This is NATO’. This was Stan’s own acronym. It stood for, ‘No action. Talk only.’ If Stan detected a lot of ‘talk’ with little action, he would cry ‘NATO’, and believe me, no-one wanted Stan to attribute that label to them. You became a marked manager: a career limiting move!

And so when it comes to the RTA and our government departments, I must borrow this from Stan and say, NATO! Of the thousands of people who die each year on roads, when oh when are we going to do more than place ads on TV? Stop talking in statistics. Stop wiggling your pinkie finger at young drivers. Who wants all that sexist rubbish promoted via posters, ads, celebrities, and ministers pretending to talk-tough. Stop talking. We want action, or otherwise, please go home and stop using the carnage as a photo-opportunity.

If a company like TAG Systems already exists, with rave reviews from foreign government departments who are interested in the technology, what are we doing about it? Shall we wait until a foreign company invents something at ten times the price? 3D animation has been around for years. Indeed, some of my lectures are presented using 3D animation, taking my audience on a 3D multimedia journey as I present my lessons about business and branding. If I have used 3D to replace PowerPoint for topics such as leadership and customer service, can’t we start using it to help drivers to learn how to drive? Young people have superior XBox and PlayStation games at home that are used for maths tuition and fighting wars. Can’t the RTA realise that animation and simulation are already in young people’s blood?

Mr Anthony Walsh, the manager of TAG Systems Australia, said to me, ‘Our systems are so realistic, that when a driver is about to pass a low overhead bridge, they duck.’ I had often reported about this phenomenon. An extract from a radio interview wherein I explain this can be heard below.

The technology exists to provide realistic driving experiences to assist young drivers. I am not suggesting that driving simulators will solve every problem. I had outlined the other initiatives that would need to be considered in this other article.

Over the years I have flown in a range of real cockpits. I have visited military air bases. I have flown in the Qantas Flight Simulator. I was an editor of ‘Formula One’ racing magazine, and I have experienced real and simulated environments of every shape and description for entertainment, for education, and for way-out applications in rooms and via headsets. Having worked at Acer, Compaq, and IBM, I was there when supercomputers were used to play chess, predict the weather, test nuclear bombs, and land us on Mars. As IBM’s spokesman for deep computing and high technology, I have written about virtual worlds and telepresence. Not only have I reported about them, but I have also fantasised about them (as I did in my book ‘Z’ where the bonus (missing) chapter outlines my vision for the future of simulator technology). I have interviewed the biggest brains at Intel, Texas Instruments, Apple, and IBM. The really good simulators involve ‘immersive virtual reality’, the kind that makes you faint with fear, even though you know that you are in a room, and no harm can come to you. TAG Systems is not trying to compete with Hollywood. The company is producing realistic systems that use the driver’s own car. Mr Walsh said, ‘Our company has spent the past six years in researching and developing a driver simulator that allows you to drive real vehicles in 100% total safety inside a virtual world with all of the vehicle’s components in operation including the engine, transmission, steering, accelerator, brakes, and all in-cabin controls.’ By this, Mr Walsh means that the car is on. A real car, with the engine turned on, revving and driving on a custom-built dynamometer, with laser steering sensors and computer generated imagery to create a new driving experience. Sure, in ten years from now, the technology will be better and even more stunning. But why are we tolerating the carnage on the roads, and spending millions on advertising, when nothing beats the hands-on experience? We have the technology to get going. Why are we not providing this fun learning environment to young people as a matter of urgency?

Think of a young person you know and like. I guess they enjoy driving. How would you feel attending their funeral after a car-accident that could have been avoided? No-one should be allowed to drive until they have had serious training. Simulators can help. We have the technology. What are we waiting for?

We are a nation of NATO spin-doctors. We wait until something really bad happens before we launch into enquiries and inquiries and reviews and panels and committees and sub-committees. By the time anyone is ready to report to the minister, the minister is gone, and we have to start all over again, if, that is if, the budgets are not scrapped.

By the way, here are some of my old radio interviews about virtual reality. More can be found in the ‘Radio’ section of this site, within the Technology menu and the Future menu. To listen, click on the green play arrows.

By the way, if you would like some statistics, try these, borrowed from the website of a company in Victoria called Driver Education Australia. It says:

The death and injury on Australian roads is costing the nation $17 billion each year, according to a University of Queensland;
Over 60% of motorists are still killed at intersections;
The risk of being involved in a crash doubles with each 5 km/h increase in speed over 60 km/h;
Fatigue is a factor in approximately 20% or crashes;
Excessive speed accounts for 20% of all fatal crashes;
The approximate cost of each fatality to the community is over $1,300,000;
Each major injury costs the community over $150,000 in direct health care;
Males constitute 72% of all road users killed;
The 17 to 25 age group accounts for the largest numbers of fatalities.

If you do not believe these figures, take a look at RTA’s web site and search for the word ‘death’.

With so many fatalities on the road, who can say that virtual-reality driving simulators are expensive? 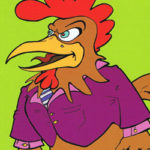 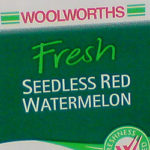