I never watch TV, so I did not know much about the show called ‘Underbelly’. Friends would relay the stories, with amazement in their voice. They seemed aghast about the level of police corruption. It wasn’t news to me. ‘Underbelly: The Golden Mile’ explored Sydney-based police corruption with which I was deeply familiar. I was making waves and communicating with two of the Police Ministers around that time. I was making my presence felt with the Police Superintendent of the era. I had pressed for an investigation into police-on-the-take, and I later offered my services to the Commissioner of the day. I had spoken out against Police corruption, back-handers, and bribes. So when I recently purchased the video and watched ‘Underbelly: The Golden Mile’, I was reminded that Australians generally have no idea about what is going on, even though they are good at finding out much later.

Having reached the last episode of ‘The Golden Mile’, I had only three questions:

1) Who were the 45 parliamentarians who voted against Independent Member Mr John Hatton’s push for a Royal Commission into Police Corruption? After years of campaigning, the vote was 45 ‘for’, and 45 ‘against’, until Mr Hatton used his Independent vote to tip the scale. He had made it by a whisker. Imagine if just one more MP had sided with the blind mice. Just one, and Sydney might never have had a Royal Commission.

2) What did those 45 MPs have to say for themselves after the Wood Royal Commission handed its findings? Justice James Wood uncovered hundreds of cases of serious, disgraceful, senior-level corruption, despite the then Police Commissioner emphatically assuring New South Wales that there was no systemic corruption in the police service. Did any of the 45 MPs ever apologise to Mr Hatton, or at least thank him?

While viewers were flabbergasted at the level of corruption that they finally realised was happening on the streets where they walked, dined, and partied, I was shaking my head and wondering why it is so difficult for our community leaders and elected representatives to rise to the occasion and show some magnanimity.

Now we must ponder a new question: Is there any corruption in the here and now? I suspect that every generation presumes that putridity happens elsewhere.

More than ever before, speaking-up is harder than ever before. If it’s not due to the obstacles erected by those who care too much about protecting their golden goose, it’s thanks to the obstacles erected by those who do not care at all… just fill in another form and maybe one day, like maybe never, we might think about it… oh is it 4:45 pm already? See ya tomorrow… I don’t get paid enough to care.

That attitude is the definition of corruption. The corrupted soul is a danger to society — more so than a gangster with a loaded gun. 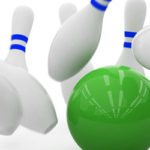