A lot is being said about Australia, the supposedly racist country. I shall address this question of racism at another time. Meanwhile, today’s news reports mentioned an attack on a taxi driver. I do not know the circumstances. However, note that we hear about attacks on taxi drivers (of whatever skin colour or ancestry) yet we rarely hear about ‘why’ such attacks took place. No-one should punch a driver. However, when it does happen, we must query why. On one occasion, I insisted that the driver stop in his tracks and let me out. I left money behind and got out, in the middle of Story Bridge in Brisbane. I was not prepared to spend another second with that evil man. Who gives these drivers their licence? Who trains them? Who checks up on them? Only when they drive a passenger to violence does the story come out, skewed with suggestions of racially-motivated hate-crimes. How about we call it for what it really is: passengers driven to the brink, abused by drivers who have no right to be licensed, and allowed to drive by a department that ought to do a better job at sacking a huge chunk of them for being impertinent, rude, smelly, dirty, untrained, unable to drive safely, and for being thieves with it. I have no end of stories about taxis. This is but one…

Today’s news refers to an incident in Brisbane. I have had a litany of bad service from taxis in the Brisbane area. Here is a letter that I sent to the Yellow Cab Company of Brisbane.

Dear Yellow Cab. I wish to make a complaint regarding the driver of taxi number [withheld] in vehicle [withheld] regarding an incident on Sunday morning… outside the Brunswick Royal George Hotel next to the Sun Herald Building. I know that this is not a taxi rank. Yet I waited in line with many others for one hour. If it is not a pick-up point, then a clear no-pick-up rule should apply. The place operated like a rank, and is therefore confusing. Finally after drunks were pushing and shoving, and 50% of all passengers jumping the queue and drivers of all taxi companies picking up people from the middle of the line and the back of the line, it became my turn as the first in the queue. The driver of [withheld] insisted that I tell him where I am going, before accepting me as a passenger. The Valley is super-charged with intoxicated rough youths. There were all sorts of unpleasantness while waiting in line. I told the driver that it should not matter where I was going and I opened the door and sat inside. He immediately started to petition the four or six youths whom he had just dropped off, and they began to threaten me, with one saying, ‘I will kill you’ and others shouting obscenities and hurling abuse. The matter was seconds away from flash point, and the driver would not accept me as a passenger. I was 100% sober (I never drink or take drugs). While in his cab, I was sandwiched between his abuse and the youths’ threats which he was inflaming.

While in the taxi I called 000 and spoke to the police. At this time, coincidentally, a police car stopped in front and the driver went to complain to the police about me. The police then asked me to step out of the taxi. The driver said to the police that he was going home and did not want to take any more fares. Please investigate this driver’s meter. You might find that he lied to the police, which is an offence. He refused me passage because I would not pre-advise him of my destination, which I presume is against the rules. He incited violence, which I believe is an offence. He was rude, obnoxious, and verbally abusive. The police immediately presumed that I was the problem passenger and asked me to move along, not listening to my story. I heard a police officer ask, ‘Has he not paid his fare?’ This is a huge presumption, and the taxi driver was allowed to leave while I was against a wall being surrounded by four or more police officers.

Now I was stranded for another hour, while aware of a gang of youths eyeing me out for a fight. The whole taxi situation in the Valley is an indictment on the authorities who are responsible. The place is over-crowded with drunks and drugged thugs, along with decent people out for a pleasant night out. The taxi stands are invisible to tourists like me from Sydney. Where thousand of people congregate, where is the nearest stand? Why are there no signs to assist in this matter? Why not a sign to point to the nearest stand? Why not a taxi administrator like they have at airports. The place is a mess with lots of pushing and shoving. No doubt you are not responsible for all of these matters, and the local council and the city needs to address this ghastly situation. Any taxi stand ought to be one block up so that the left turn is made on to the ramp to the bridge, rather than block the Mall area, which can take ten minutes just to move 100 meters with the fare running. The whole situation is bad. I have had other issues with taxi drivers in the area. This time, I would appreciate your assistance in this regard before I contact my legal counsel and take civil action as well as media action about a level of service that is absurd, made worse by police officers, including a Senior Sergeant who did not understand the situation and should not have been on the beat if he and his colleagues are unable to understand the basics. I have lodged an official complaint with the Brisbane Area Command about the Police officer in question. It now falls upon you to please meter out the necessary disciplinary measure against the driver. I would welcome your call and your written response so that I can advise my legal counsel with the result of this first step. Thank you.

After waiting 40 days for a satisfactory response, here is what Yellow Cab Company said:

As previously stated the driver has been subjected to Yellow Cabs Rules of Conduct and Operating Procedures. Under current Qld Privacy Provisions we are unable to divulge any disciplinary action that may have been taken against this driver. We sincerely apologise for any inconvenience caused by this unfortunate incident and thank you for your valuable input.

This is not good enough. How can I know that anything was done? Privacy, my foot. And when a driver is attacked, it’s all out for the sympathy-card, with protests in the street and deputations to our Prime Minister. A range of people need to pull their head in, while another group must put its head together and stop licensing idiots, no matter their skin colour or country of origin. It has nothing to do with race or nationality, but with absurdity and stupidity! 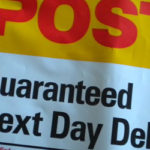