This article is not a restaurant review. Rather, it is a management review… a lesson in passion. An example of loving one’s craft and coming to work, and infecting everyone with your enthusiasm for what you do! I was compelled to invent a new word to describe a Chef I met at Bidri Indian Restaurant in Hyderabad. The word I needed was ‘Qualsistency’. It expresses my amazement at the consistency of quality in all aspects: from the warm and enthusiastic welcome at the front door, followed by a series of serving staff, each attending to a different aspect of the hospitality. After I had reviewed the comprehensive and creative menu, the Chef du Cuisine appeared from the kitchen. It’s not often that the Chef comes to one’s table to enquire about one’s appetite. This was the kind of first-class treatment the diners received at Bidri (at the Marriott) from Head Chef, Mr Ravinder Singh.

Upon meeting Ravinder, it became evident that he was not interested in discussing the ‘menu’ itself. He started to ask about what I ‘felt like’ and what I ‘preferred’ and what I was ‘looking for’. It was clear that his kitchen was poised to embrace a challenge. He did not rattle-off what he had prepared. Instead, he wanted me to tell him, to the finest detail, what foods and flavours I desired. When I mentioned a dish, he would embellish the idea. His enthusiasm for fine food was evident by his keenness to customise my dining experience. His hands moved about, gesturing the shapes of the articles he was describing. It was mesmerising to think I had, at my disposal, the Head Chef, who had at his command a team to get to work and whip-up what I felt like… what I preferred, and what I was looking for.

Ravinder Singh was scoring great marks. I was a stranger in his city, and he wanted me to know that his kitchen was at my service for anything I desired. Wow, that’s some special service. What I think proved to me that his attention was not just some rehearsed polite performance, were the subtle clues that showed me that he was using his brain. He was listening.

For example, I asked if he could prepare a certain dish for me without garlic. That’s quite an inconvenience for him. In agreeing to do so, he had to start all the sauces from scratch. He did not mind. However, just as he was moving away from my table, he turned and said, ‘What about onion?’ This proves a deep understand of clients. He used his brain to presume that if a client is avoiding garlic, they might not care for onion. So he checked with me. That’s superb attention to detail. As a person who dines out all too frequently, I have rarely enjoyed the benefits of such logical associations. One time I was at an Indian restaurant in New Zealand. I ordered sizzling prawn, but asked for no onions. The dish arrived on a plain plate. I enquired, ‘Where is the hot-plate? Where is the sizzle?’ The waiter replied, ‘But you said no onion’. What did that mean? Things like this, fry my brain. 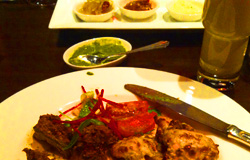 Throughout my Bidri dining experience, small steps were exuding clues about the intelligence of the establishment. How plates are handled, how they are kept warm, how they are presented, and the freshness of ingredients all gave clues. One of the many tests that Ravinder and his team had passed with flying colours was what I call the ‘Mango Lassi Test’. As you can see in the lead photo above, I expect a straw to stand upright (not float) and remain still in the middle of the glass. To me, that passes the test. Other tests relate to what I call the ‘Limp Test’. Garnishes such as mint-leaves must comprise aromatic crisp leaves that are not limp. Indeed, Ravinder’s kitchen served-up only fresh, bright, clean, perfect specimens. My nose had a great time. The spices and aromas were gyrating towards a splendid carnival of flavours.

THE PROOF IS IN THE PUDDING

The main meal arrived, and it was joyous. After a hard day’s work, the dish was a festival of flavours, along with tender meats and superb textures. During the meal, I struck a conversation with Murali, my waiter. I was commenting about the atmosphere, including the lighting and the music. That brought a big smile to Murali’s face. He very much enjoyed good music, and the fact that I had commented about it, made him happy, because it was old Indian music. The traditional sensible talented skilful kind of music that can be called music. Not the jam-bam-din of the modern era. So we started to discuss the instruments and the tones. Earlier, the Head Chef was engaging me in conversation about his ingredients, and now the waiter was infectiously excited about each of the melodic instruments. Later, the conversation turned to the history of Hyderabad, and that delighted Murali even more. He went to one of his cupboards and pulled out an old treasured book called, ‘Hyderabad 400 years’. The detail within that book was mesmerising. Hyderabad, and indeed all of India, is steeped in a mind-blowing history rich in every way. I dived so deeply into that book, that I was the last guest out of the restaurant. I was holding them up. What a journey.

When it comes to hotels and restaurants, friends often say, ‘Be sure to tell them I sent you.’ Well, dear reader, you need not rely on any name-dropping to receive great service from Murali and Ravinder and the team. You just need to go there unannounced and see the consistency of the quality of the service and the cuisine. If only other businesses can learn from Bidri. A genuine smile at the start, and superb attention throughout. Within minutes, friendships are made, as diners feel pampered as if at home, surrounded by their own team of culinary experts. The strong bond of respect was so amazing, that Ravinder and Murali, when they heard that I was checking-out of the hotel, rushed over to say goodbye. Theirs was quite a walk, because there are two Marriott Hotels in Hyderabad. I was in one, and they were in the other. The bellboy and his crew gave me their salute upon checkout, as did the manager of another restaurant who came over to say goodbye. What’s with this warm Hyderabad hospitality? It’s as if we were in a TV commercial for how all hotels ought to be!

No-one knew who I was or what I did. I walk around casually dressed in tee-shirts, and hardly tell anyone what I do. Should they ask, I say I am in technology. If they press the matter, I say I am a consultant. The royal treatment had nothing to do with me. It was emanating from kind hearts who loved foreigners. They welcomed us as strangers, and later they bid us a fond farewell as new-found friends. And people wonder why I love Indians.

P.S. I wondered if I were the first person to invent the word ‘Qualsistency’. Google shows one other solitary link to a blogger who quotes a traveller called Rembrandt who uses the word with a hyphen (Qual-sistency). Interestingly, he also uses it to describe hotel experiences. 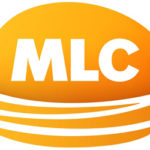 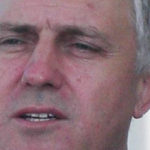