Patents give clues about the future

If you monitor the patents office, you will soon find clues about the future. Jonar Nader discusses the popular areas where people are rushing to patent their inventions.

In most industries, keeping an eye on patents gives a clue to the direction of the industry. Are there any patents at the moment that are being filed in information technology that give us a way to the development of the future?

Isn’t it interesting that the future is via technology, virtual reality, natural languages, objects going to programming and all those things, but when you look at what is being patented in all those areas, biotechnology has only had 20 patents last year in the US, virtual reality only 50 patents, I guess the definition is very hard you see, also it is very expensive and furthermore, people may want to keep it top secret, because the moment you patent something, the moment everybody will run to market and try to copy it the most patented area of the industry are the networks and communications, image processing comes next at about 800, in comparison for example, I will tell you that networks and communications has about 1100 patents, whereas the automobiles and transportation has about half that, so all over the world cars are developing, not at the same rate.

Are there any sort of crazy inventions?

Let me think now, I heard one recently where there was a patent in Chicago for what is called the plastic on a plate, so in church when they pass the plate around, instead of throwing change, you go around swiping this card, and that was actually patented in Chicago in 1995.

So you could go to church now and at the front door it says we take Visa and MasterCard. 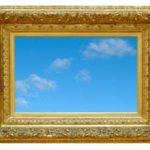 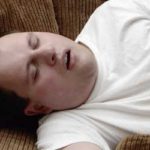