Can we bring virtual reality training to the home and office to make training faster and easier and cheaper, as well as safer.

Host: I get the impression, that there is nothing new in any of this, that virtual reality is not a new concept, we are just looking at the technological version of it is that right?

Host: What is the ER? A television show?

Jonar Nader: Well you just put ER at the end of everything, suffix, so cheap becomes cheaper so VR has been around for a long time, not to be confused with the other VR which is Voice Recognition which is also getting a resurgence, I mean pilots have been trained on VR for a very long time.

Jonar Nader: Yes but they are billions of dollars worth to set up that whole infrastructure, but what we are saying is can we bring VR into the home? Can we bring VR to training? For example, a British petroleum company is saying rather then send people down for the first time ever to fix submarines in the dark and dangerous waters, why don’t we train them before hand? Similarly, if you are and astronaut and want to go out and fix a satellite, why don’t we train these people in a safe environment first, before we send them out on dangerous missions? So VR has had had many years of use. But so many things have been with us for a long time, like Mars, and people hear the end of them and get excited, well with technology they just get the beginning of them and get excited, like the CD player has been around for so many years, but yet only in the last 10 years people have started talking about it. And the fax machine has been around for decades, and people are now saying wow we have them. No, we have had them for 50 years, but it is how quickly you want to invest and how quickly you can afford to invest. And a lot of people’s problems is that they don’t want to believe, see we are going through that stage at the moment.

Host: Something old, something new, that is what information technology is like, Jonar Nader, thanks for coming in.

Jonar Nader: Okay talk to you next week. 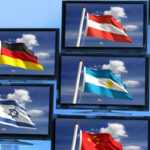 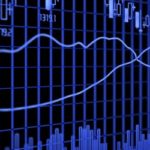