The internet has changed the protocols of breaking news. No longer do people wait for the hourly bulletin or the nightly news. It all happens instantly. This challenged the traditional media organisations.

Jonar Nader: The biggest change, if I had to answer that question, would have to be news and breaking news because the internet did something different. It stole everybody’s thunder, so when people like Matt Drudge and people like that had followed the British nanny saga, when the star reports came out, even when the Olympics and tennis came on, the biggest news came off the internet.

Host: Well the drugs reports, the electronic news and the internet were the ones who broke the Monica Lewinsky story.

Jonar Nader: Yes large news organisations like news week had been sitting on Bill Clinton’s story for a long time and they weren’t sure what to do and there was all sorts of protocol to go through, clearances, checks, and of course the Drudge did stick his neck out and broke it and of course that is what did start the avalanche for people like him, and the internet is available to people like you and anytime you want, rather then turning on the television and waiting for the news. 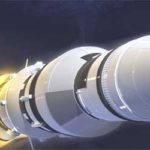 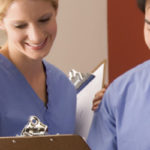